Draw from the full and enjoy musical freedom of which you could only dream until now.

THE flagship of the OAX series

The PERGAMON OAX1000 offers you everything the WERSI OAX system has to offer! Draw from the full and enjoy musical freedom that you could only dream of until now There are organs – and there is the new WERSI PERGAMON OAX1000! With its elegant, timeless design, the PERGAMON attracts attention and becomes the center of attention in your living room as well as on stage! 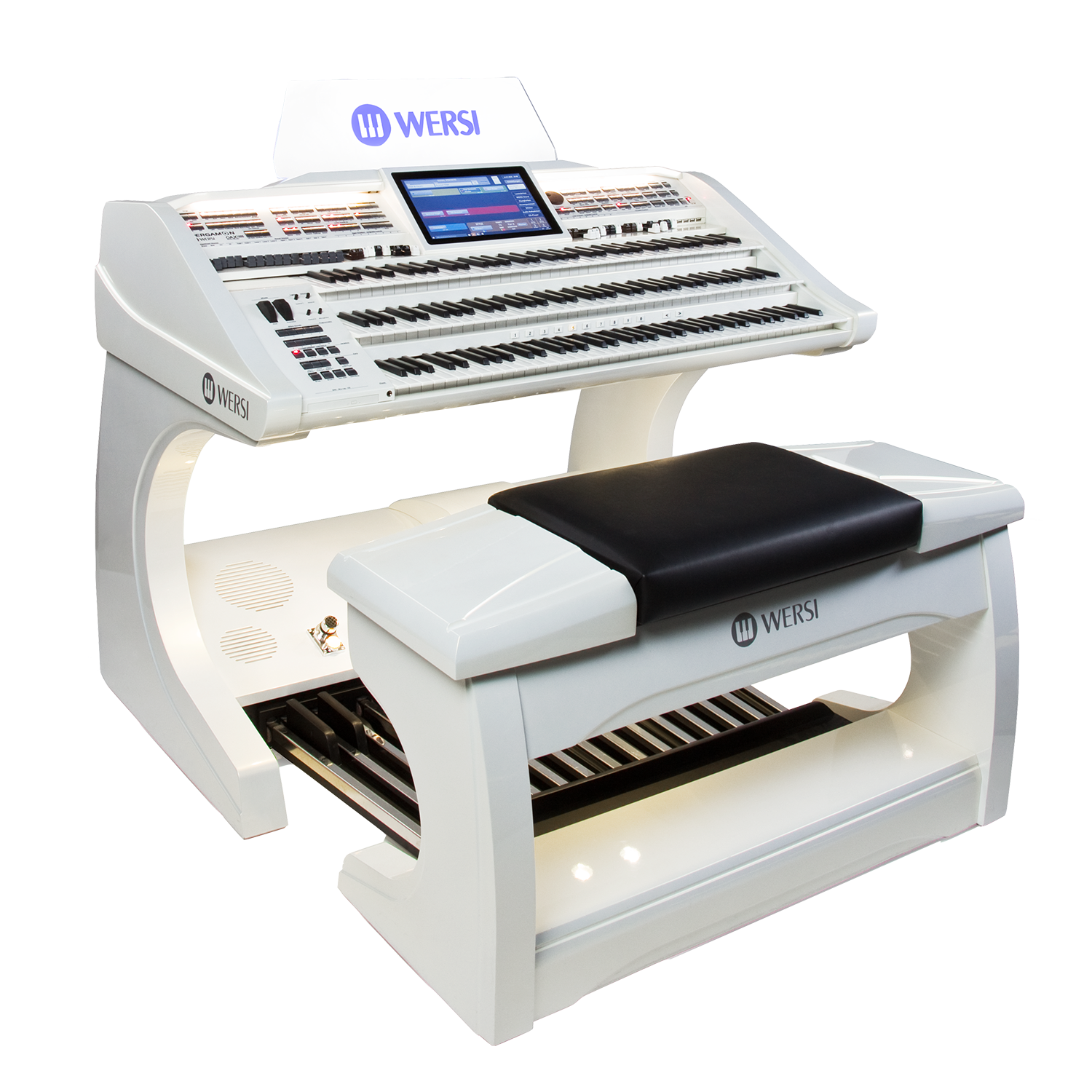 The preferred organ for artists

The sound experience you can expect from the PERGAMON is as sovereign and breathtaking as its appearance. It is not for nothing that this top organ is the preferred instrument of artists of world renown.

The third manual offers decisive playing advantages and greatly expands your creative freedom while playing! Because even faster, when you have called up a new preset or changed a sound, you simply reach for another manual.

Whichever exterior finish you choose for your dream organ: With its elegant, timeless design, the PERGAMON attracts attention and becomes the centre of attention in your living room as well as on stage! And then take a seat, yes, get “into” your dream orchestra and let the electrically adjustable seat lift you to the highest level of instrument making. With three manuals, each with 76 keys and a 25-button full pedal, you can conjure up the most wonderful arrangements on your PERGAMON, from a delicate solo instrument to a large symphony orchestra, from a church organ to a club disco. 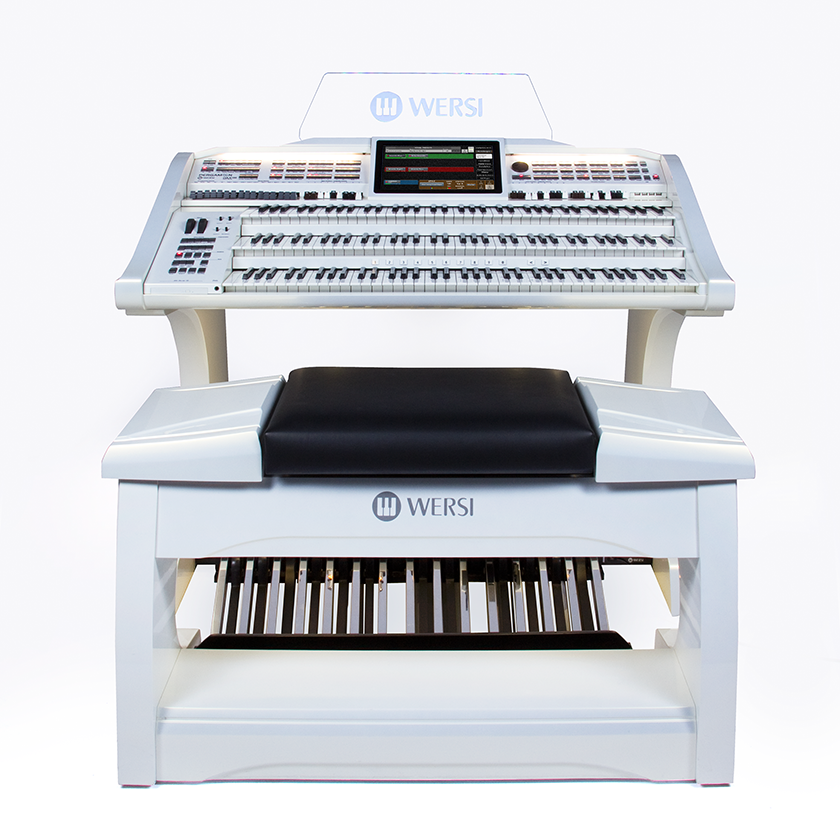 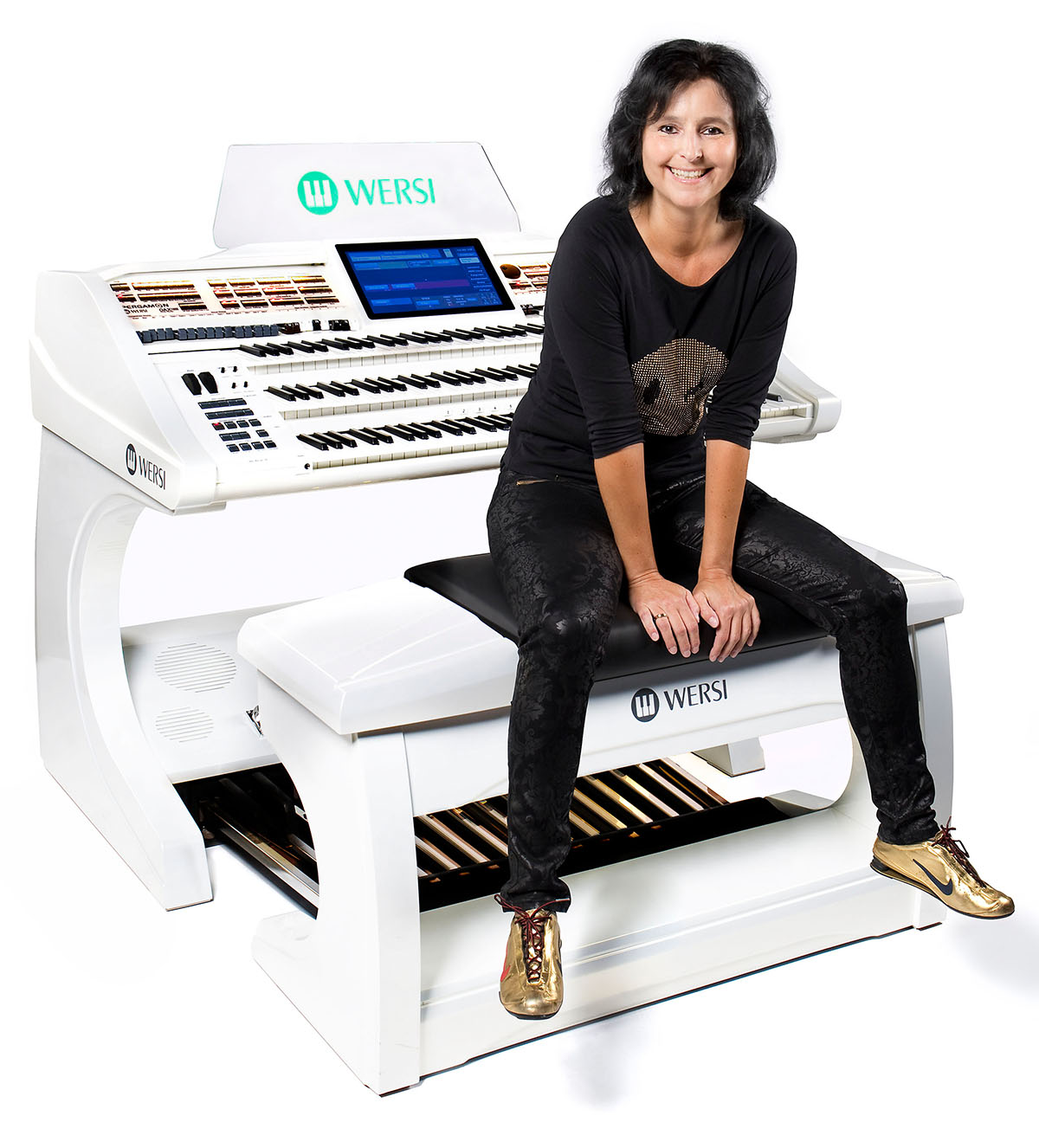 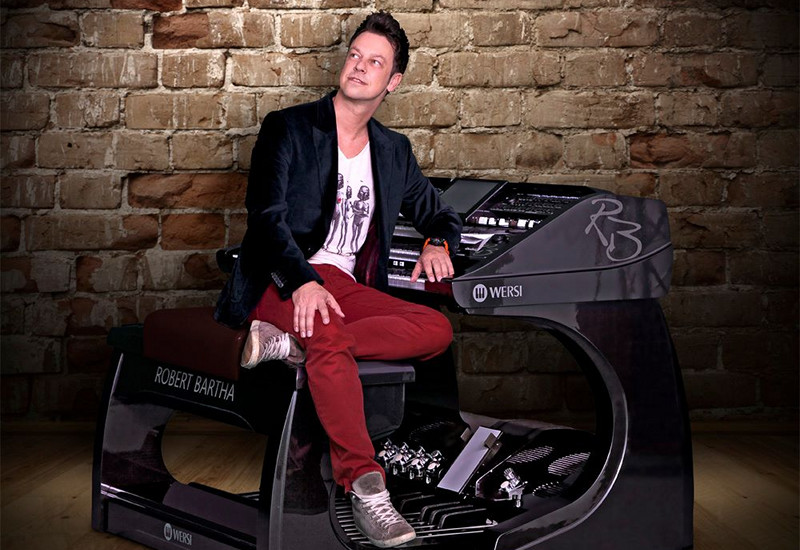 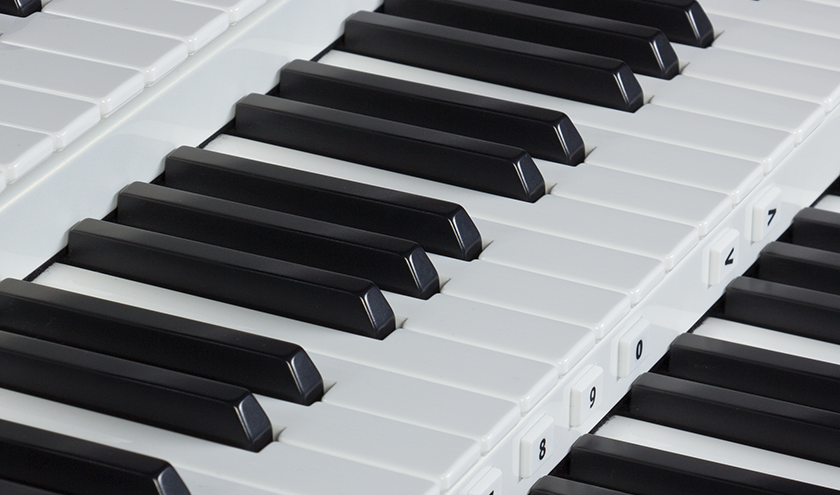 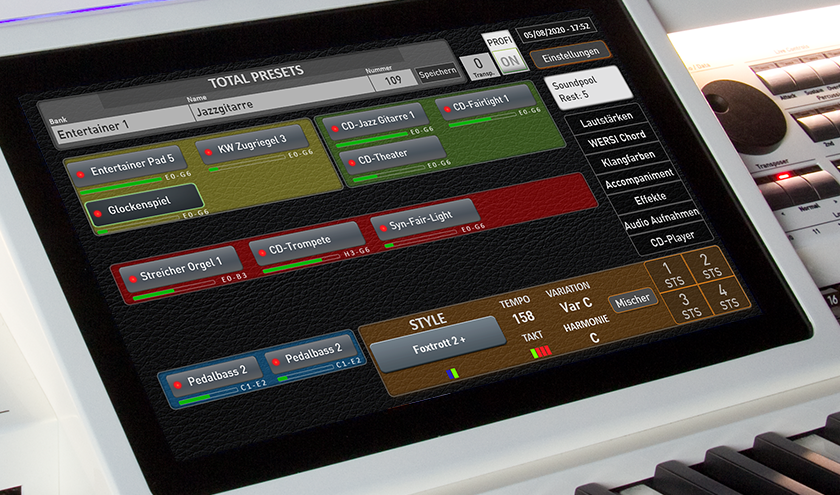 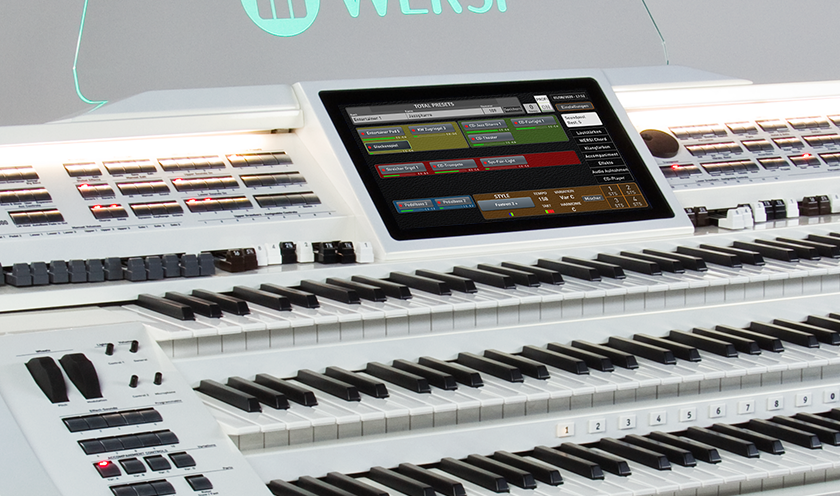 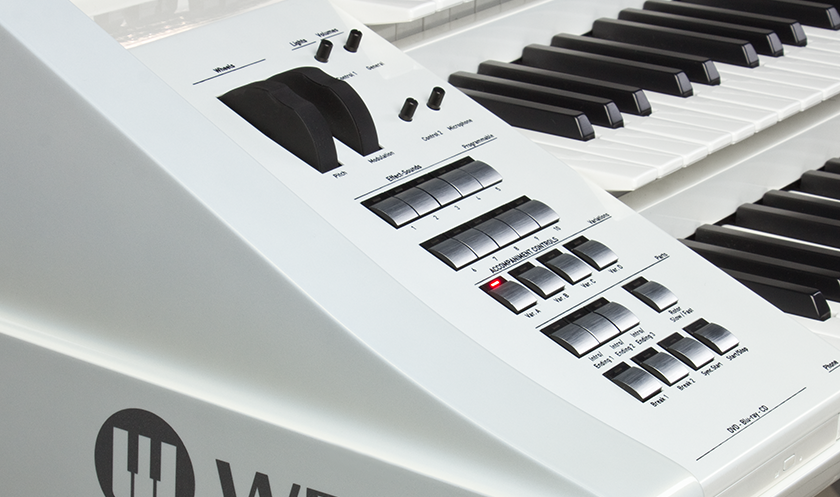 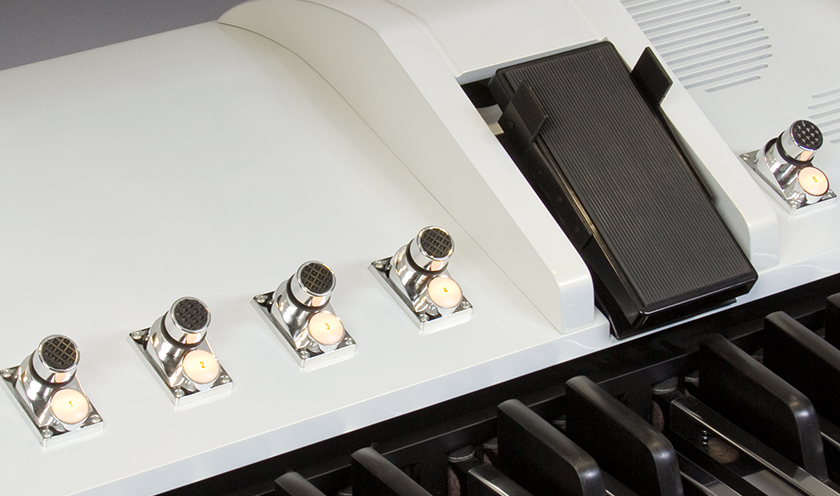 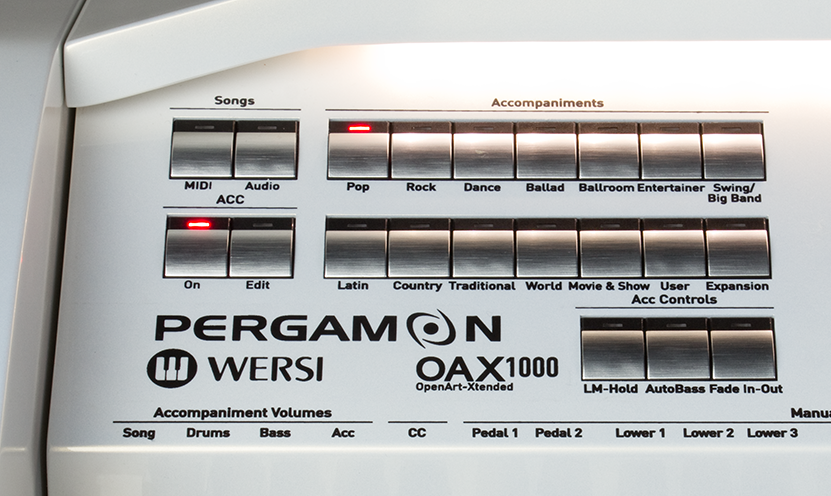 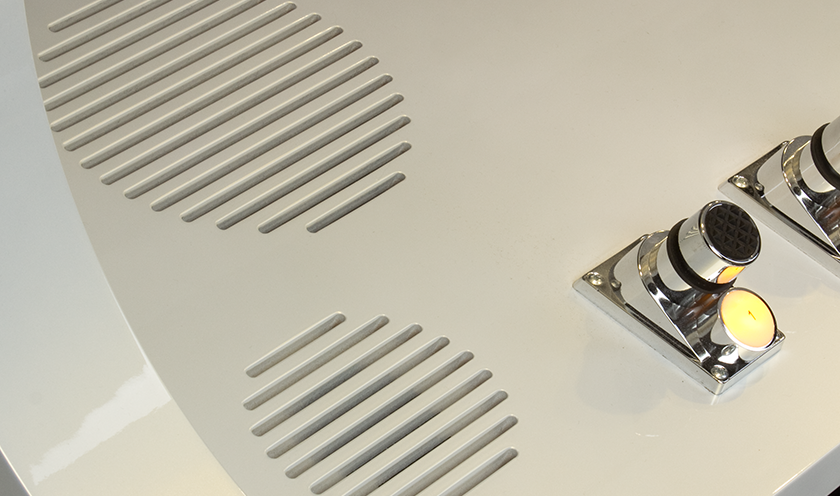 Overview of all PERGAMON OAX1000 features

An idea with a future:
Full software control of all functions and sounds, constant further development of the entire system, updates via download possible – the times when every change required complex and expensive hardware modifications are now a thing of the past

Instrument construction on superlative Level:
1989 the Atlantis SN3, 2001 the LOUVRE and today it is the PERGAMON OAX1000.

EASY mode:
Three sounds each on the upper and lower manual and one solo pedal sound

PROFI mode:
Up to 16 timbres can be distributed among the manuals. Maximum of 12 voices each for the upper, middle or lower manual

ACC database:
Style/MIDI/Mp3/Wave/Video database with management function of up to 5000 own files

Manuals:
High-quality, lightly weighted FATAR keyboards for upper, lower and solo manual with 76 keys, each with velocity and Channel Aftertouch

Organ drawbars:
9 drawbars each for the upper and lower manual drawbars and 9 percussion drawbars