The OAX1 offers you all the possibilities of the OAX system in a compact housing and at a great price!

The OAX technology is also available as a single manual keyboard The OAX1 offers you all the possibilities of the OAX system in a compact housing and at a great price! The current operating system Windows 10, the fast processor, the intuitive operation and the certainty to be prepared for the future are highlights of the OAX1.

During the development of the OAX1, special emphasis was placed on simple and direct operation. Due to the large number of operating elements, their logical arrangement and the 13.3″ touch display, operating the OAX1 is child’s play. The volume of the manuals and the accompaniment tracks can be changed at any time using the convenient drawbars. This way you always have direct access to the most important settings even while playing.

Variable Drawbar Sounds with the OX7 and VB3

Expand your keyboard to an organ

With the optional 76-key sub-manual you can turn your keyboard into a two-manual organ in no time at all. Simply place the additional manual on the OAX1 keyboard stand, put the OAX1 keyboard back on and with a cable connection you have your organ ready to play. 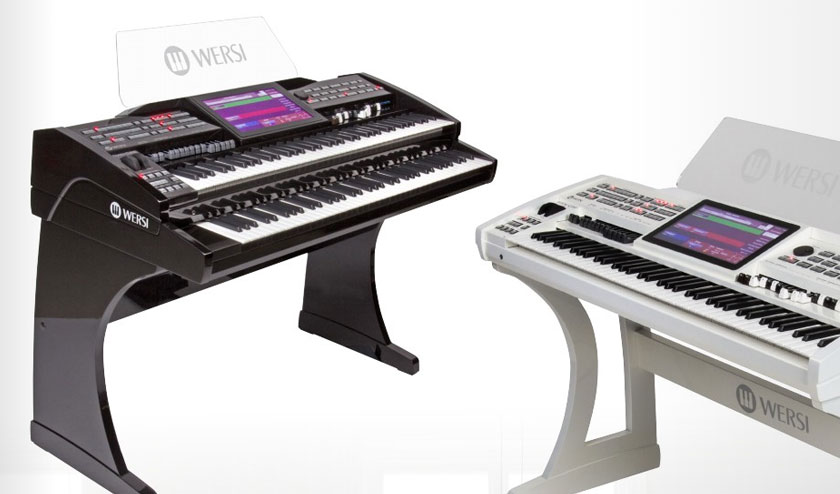 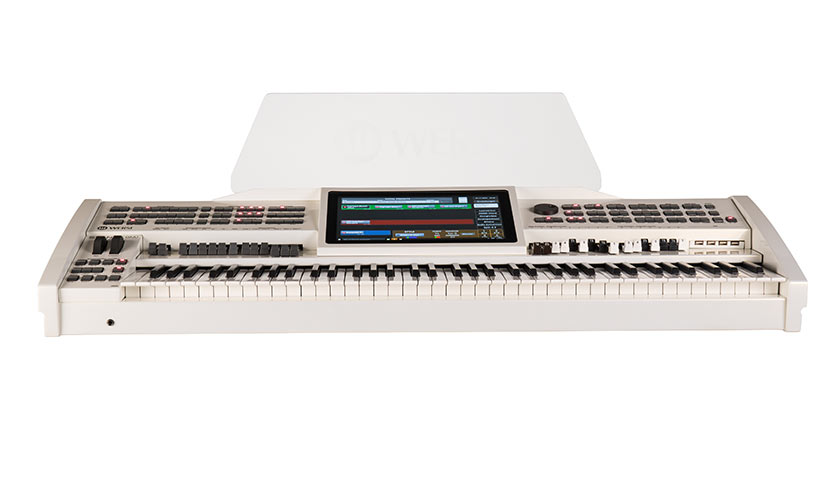 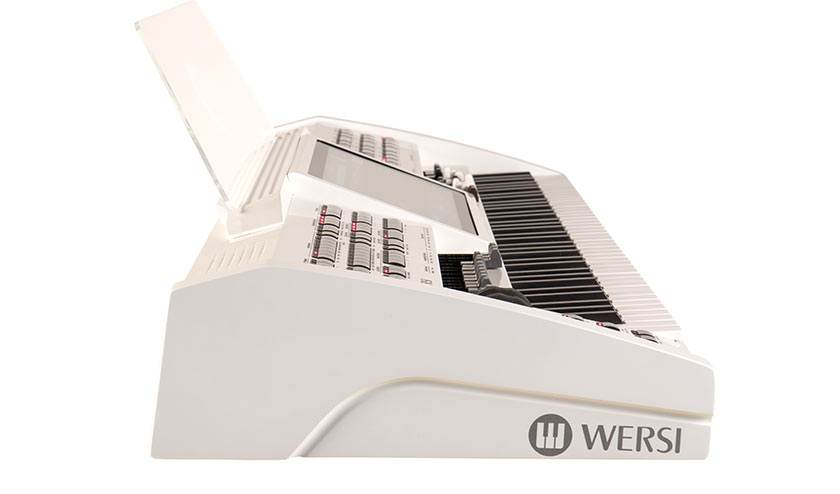 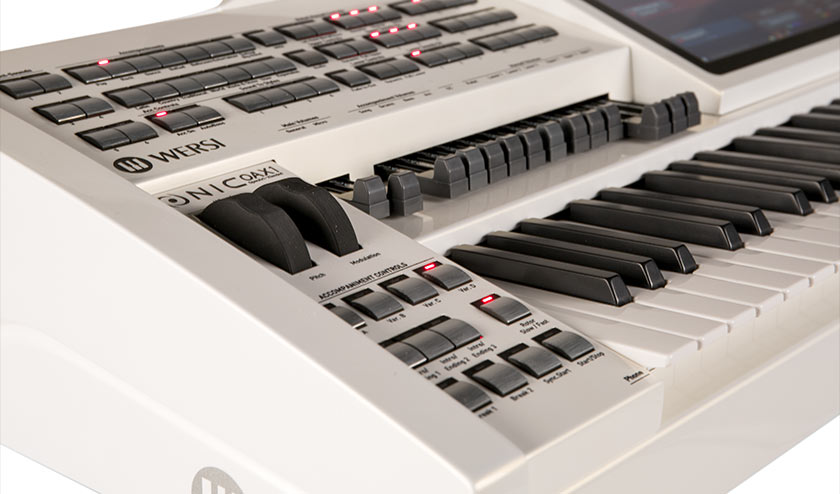 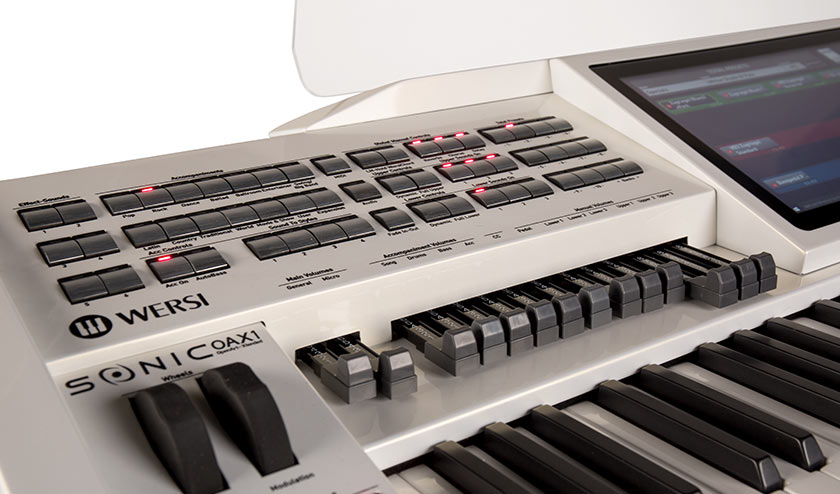 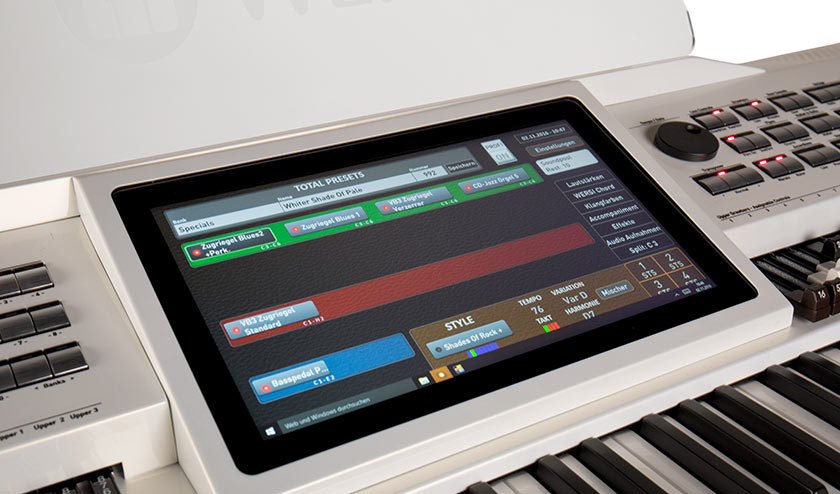 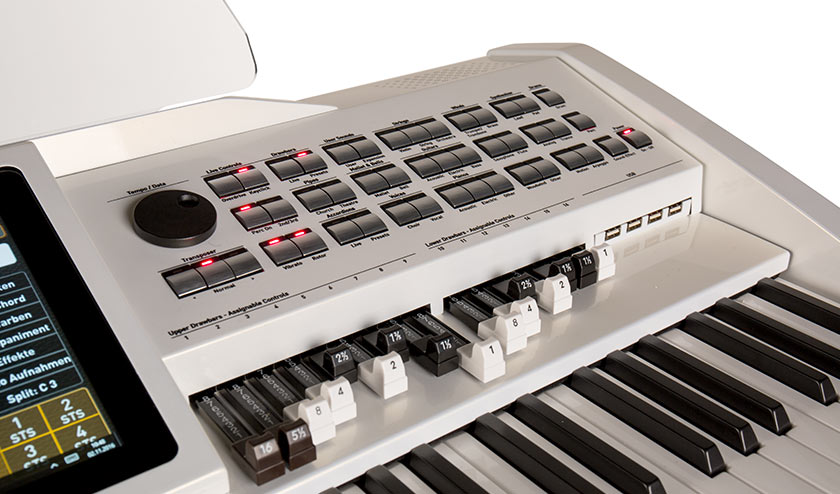 Overview of all OAX1 features

Idea with a future – Full software control of all functions and sounds, constant further development of the OAX overall system, updates possible via download – the times when every change required complex and expensive hardware modifications are now a thing of the past.

PROFI mode:
Up to 16 sounds can be assigned to the manuals. A maximum of 12 voices each for the upper or lower manual.

Paint:
Available in high-quality lacquering in the following colours: